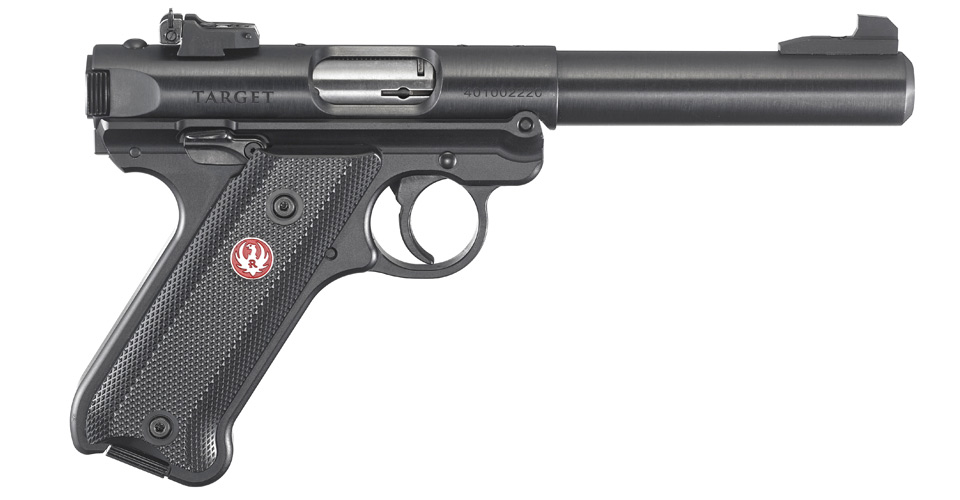 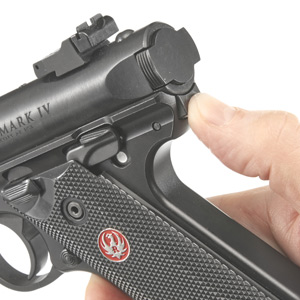 Sturm, Ruger & Company, Inc. (NYSE-RGR) is excited to announce the latest development in the Mark Series line of pistols - the Ruger® Mark IV™. Ruger has long set the standard for reliable, affordable and accurate .22 LR handguns, beginning with the introduction of the Standard Pistol in 1949. Since then, the Standard Pistol has undergone a series of enhancements with the development of the Mark I, Mark II™ and then the Mark III™ in 2005.

While the heavily redesigned Mark IV maintains the same classic outward appearance as the Mark III, it incorporates a significant improvement customers will love - a simple, one-button takedown for quick and easy field-stripping. A recessed button in the back of the frame allows the upper receiver to tilt up and off of the grip frame without the use of tools. The bolt simply slides out of the receiver and the barrel can be properly cleaned from chamber to muzzle.

"We are thrilled to be introducing what we consider to be a monumental improvement to this iconic pistol that has been with Ruger from the start," said Ruger President and COO Chris Killoy. "This one-button takedown alleviates the headache that our Mark III owners are all too familiar with and we anticipate the Mark IV pistols being some of the cleanest rimfires at the range," Killoy concluded.

Other significant improvements include a one-piece grip frame that is precision CNC-machined from a solid piece of stainless steel or aluminum; an ambidextrous manual safety and a redesigned bolt stop for more ergonomic operation. The magazine drops free on release for faster reloads and a redesigned magazine disconnect safety prevents discharge when the magazine has been removed. Internal improvements include changes to the hammer, sear, bolt and firing pin for smoother, more reliable feeding.

The American-made Mark IV pistol ships with two 10-round magazines.