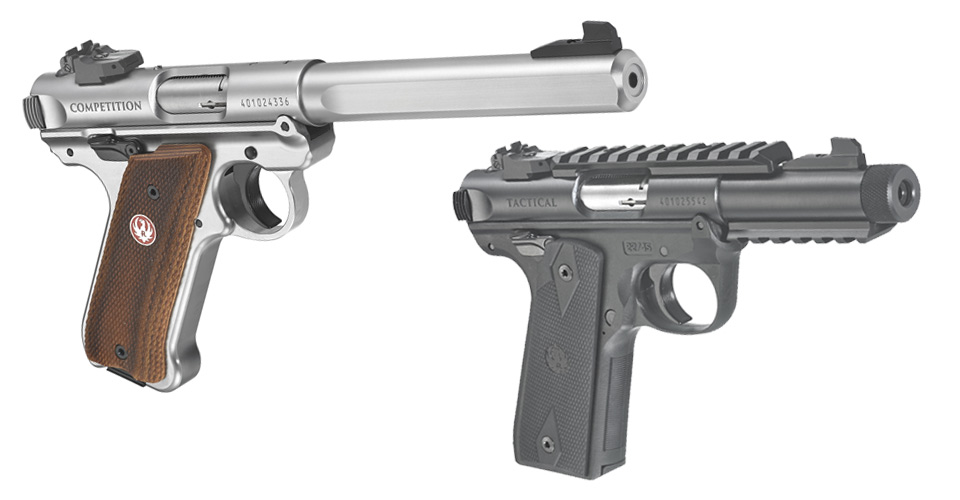 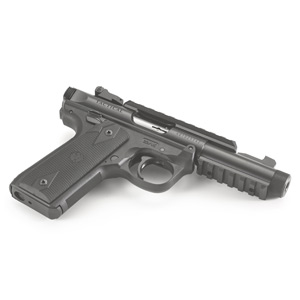 Sturm, Ruger & Company, Inc. (NYSE-RGR) is excited to announce two new additions to the Mark IV™ series of rimfire pistols: the Mark IV 22/45™ Tactical and the Mark IV Competition. Since the launch of the Mark IV at the end of 2016, customers have been anxious to learn when their favorite configurations of the previous Mark III™ pistols would be available. These additions to the Mark IV family bring the total number of Mark IV models up to nine, with more additions planned for later this year. Ruger expects to duplicate a dozen of the most popular Mark III pistols in the Mark IV line and, as always, will continue to innovate this iconic product.

The Mark IV 22/45 Tactical features a lightweight polymer grip frame with rubberized replaceable grip panels that simulate the classic feel and grip angle of the SR1911®. The 4.40" barrel with a 1/2"-28 thread pattern is perfect for the addition of the Silent-SR® or a flash suppressor. The pistol is equipped with fully adjustable sights and factory-installed Picatinny rails on both the top and bottom of the barreled receiver to allow for mounting of lights, lasers, and other tactical accessories.

The Mark IV Competition features a cold hammer-forged, 6.88" slab-sided bull barrel and hardwood laminate, thumbrest competition grips. The grip frame is CNC machined from one solid piece of stainless steel. The fully adjustable target sights are mounted on the barreled receiver for permanent sight-to-barrel alignment, a design with greater inherent accuracy potential than moving-slide designs. The all stainless steel model weighs an impressive 45.8 ounces for maximum stability in bullseye competition.

Like all pistols in the Mark IV family, the 22/45 Tactical and Competition models feature a simple, one-button takedown for quick and easy field-stripping, ambidextrous manual safety and a redesigned bolt stop for more ergonomic operation. The magazines drop free on release for faster reloads and a redesigned magazine disconnect safety prevents discharge when the magazine has been removed.

Internal improvements include changes to the hammer, sear, bolt and firing pin for smoother, more reliable feeding. The Mark IV is compatible with a variety of Mark III aftermarket accessories including sights, scope bases and holsters.

All models of the American-made Mark IV pistol ship with two 10-round magazines.