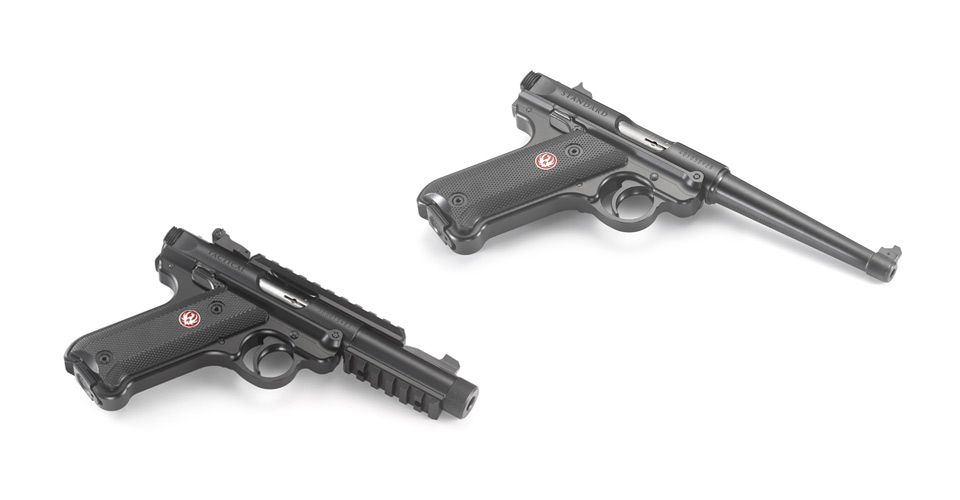 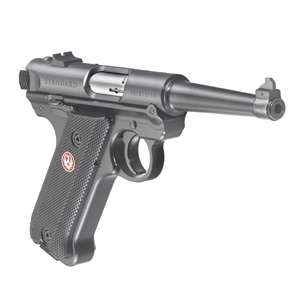 Sturm, Ruger & Company, Inc. (NYSE-RGR) is excited to announce three new additions to the growing line of Mark IV™ pistols: the Mark IV Tactical and two Mark IV Standard models. Since the launch of the Mark IV in 2016, this family of rimfire pistols has expanded to include 13 offerings.

The Mark IV Tactical features a 4.40" barrel with a 1/2"-28 thread pattern - perfect for the addition of the Silent-SR®. The pistol also is equipped with fully adjustable sights and factory-installed upper and lower Picatinny rails to allow for mounting of lights, lasers and other tactical accessories.

Much like the popular Standard pistol that was the Company's flagship offering in 1949, the new Mark IV Standard model features a tapered barrel and a natural pointing grip angle. The Standard model is offered in both 4.75" and 6" barrel lengths with fixed sights.

Each of these new models features a one-piece, precision CNC-machined grip frame. Like all pistols in the Mark IV family, the Tactical and Standard models feature a simple, one-button takedown for quick and easy field-stripping, ambidextrous manual safety and a redesigned bolt stop for more ergonomic operation. The magazines drop free on release for faster reloads and a redesigned magazine disconnect prevents discharge when the magazine has been removed.

Internal improvements include changes to the hammer, sear, bolt and firing pin for smoother, more reliable feeding. Mark IV pistols are compatible with a variety of Mark III aftermarket accessories including sights, scope bases and holsters.

All models of the American-made Mark IV pistol ship with two, 10-round magazines.