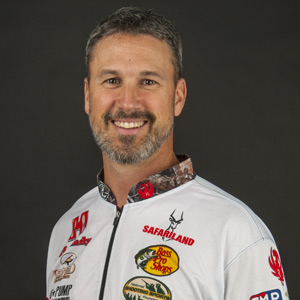 Sturm, Ruger & Company, Inc. (NYSE-RGR) is proud to announce the launch of its professional shooting team. This move marks Ruger's formal debut in the competitive shooting sports arena. Leading this team is newly signed world champion shooter Doug Koenig and more shooters will be announced in the coming weeks.

"We are very excited to introduce Team Ruger, and particularly with a shooter of Doug Koenig's caliber at the helm," said Chris Killoy, Ruger's President and CEO. "Doug is an outstanding addition to the Ruger team, bringing both a winning attitude and a true passion for growing the shooting and outdoor sports to the team."

In addition to serving as Team Ruger's Captain, Doug will also represent the Company as an official Brand Ambassador. Highly regarded for his talents, Doug is an athlete, lifelong hunter and world champion professional shooter. Doug began shooting competitively at the age of 17, winning both regional and national competitions. Since turning Pro in 1990, he has shot a perfect score of 1920 an unprecedented 17 times at the NRA Bianchi Cup. As he approaches his 31st year competing, this 18-time Bianchi Cup Champion's wins include more than 70 National and 10 World titles.

"I am thrilled to join Team Ruger and partner with such an iconic brand in our industry," said Koenig. "Ruger's depth and breadth of products is a perfect fit for both my competitive shooting and hunting endeavors," he concluded.

Doug also hosts his own TV show, "Doug Koenig's Championship Season," where Ruger is now the Presenting Sponsor. Each week, the show features a gritty combination of fast-paced shooting competition and wild hunting adventure - all with rugged, reliable Ruger® firearms.

Media and team inquiries should be directed to Paul Pluff, Public Relations Manager and coordinator for the new shooting team.