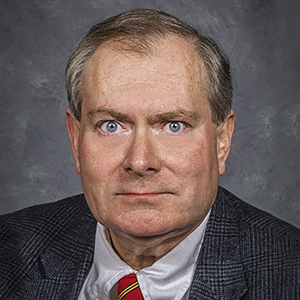 Sturm, Ruger & Company, Inc. (NYSE-RGR) mourns the loss of William B. Ruger, Jr., former Chairman of the Board and Chief Executive Officer of Ruger. Mr. Ruger, who was the second CEO of the Company and the son of the Company's founder, passed away this past weekend.

"We are deeply saddened by the passing of Bill, who was integral to the foundation and early success of this company," said Chris Killoy, President and CEO of Ruger. "Bill's 42 years of loyal service to the Company has had a lasting impact that is still felt today. We will sincerely miss him and our thoughts and prayers are with his family."

Bill joined Ruger in 1964 and worked in a variety of manufacturing and engineering positions within the Company. In 1970, he became a member of the Company's Board of Directors. The following year, he was named Vice President of Manufacturing of the Southport Firearms Division. Just a few years later Bill was promoted to Senior Vice President of Manufacturing and, in 1991, was named President of the Company. He became Vice Chairman of the Board and Senior Executive Officer in 1995, and reassumed the duties of President and Chief Operating Officer in 1998. He became Chairman and Chief Executive Officer upon William B. Ruger, Sr.'s retirement in 2000. Bill officially retired from the Company in February of 2006.

Mr. Ruger was born in Greensboro, North Carolina in 1939. He graduated from Harvard College in 1961 where he studied engineering and applied physics. Before joining Ruger, Bill worked for the Kel Corporation of Belmont, Massachusetts as an electronics engineer.

Bill was a member of the Executive Committee of the Sporting Arms & Ammunition Manufacturers' Institute and various other trade associations, a trustee of St. Paul's School in Concord, New Hampshire, and a trustee of the Buffalo Bill Memorial Association of Cody, Wyoming.