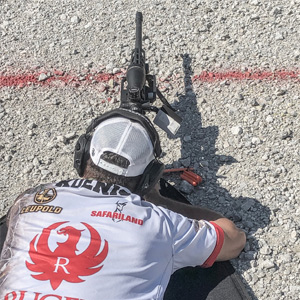 Team Captain Doug Koenig took the top production division spot at the Buckeye Precision Rifle Club match held at the Southington Hunt Club in Garrettsville, Ohio. The match consisted of 20 technically challenging stages laid out over varying terrain. Koenig claimed the production win with a final score 552.00 in a time of 65.99 competing with his Ruger Precision® Rifle chambered in 6mm Creedmoor.

"My production Ruger Precision Rifle performed flawlessly throughout the 20 stages of this match, hitting targets from 300 to over 1,000 yards," said Koenig. "I demand consistent accuracy and reliability from my equipment whether in competition or on the hunt of a lifetime - and my Ruger firearms always deliver."

Team Ruger members Dave Olhasso and James McGinty competed at the USPSA Area 7 match held at the Pioneer Sportsmen Club in Dunbarton, NH, claiming first place wins in their respective divisions. Competing with his SR1911® chambered in 10mm Auto, Olhasso placed first in the Limited 10 division with a final score of 1259.7 in a time of 219.56. McGinty claimed the top spot in the Single Stack division shooting the Ruger® Custom Shop SR1911 Competition Pistol chambered in 9mm Luger.

Additionally, teammate Randi Rogers, also known as "Holy Terror" in the SASS community, claimed a second place win in the Cowgirl division at the End of Trail National Championship held at Founders Ranch in Edgewood, NM. Rogers finished with a final time of 245.54 running her Ruger Vaqueros chambered in .357 Magnum.