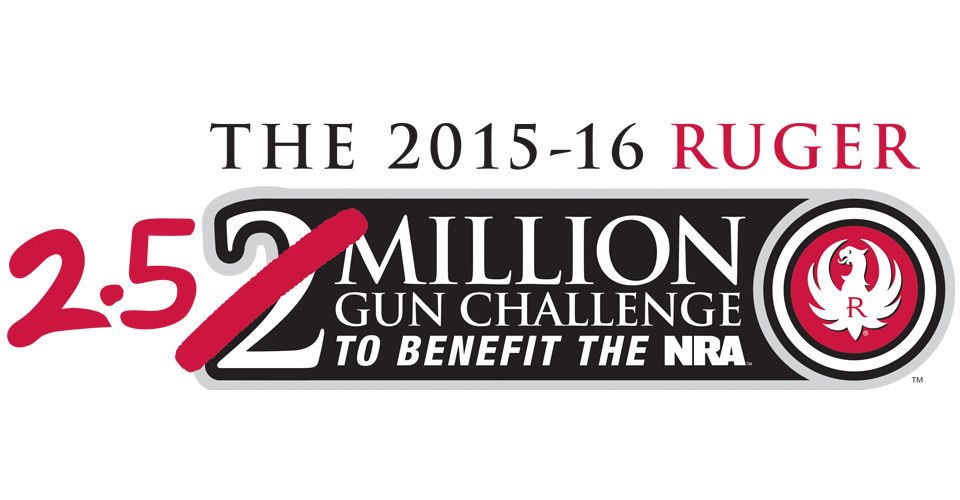 Ruger Delivers On and Extends the "2 Million Gun Challenge" 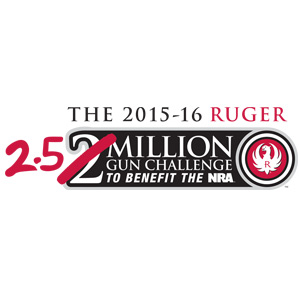 Between the 2015 and 2016 NRA Annual Meetings, Ruger met the challenge goal of selling two million new firearms, for a total donation of $4,000,000 to the NRA-ILA. Ruger CEO Mike Fifer and President/COO Chris Killoy presented Chris Cox, NRA-ILA's Executive Director, with a check for $4,000,000 at the 2016 NRA Annual Meetings in Louisville, Kentucky.

"Ruger's continued commitment to supporting the NRA-ILA is outstanding," said NRA-ILA Executive Director Chris Cox. "The funds raised from this program will help us in both our fight to protect America's Second Amendment and our effort to educate voters and get them to the polls this crucial election year."

During the challenge period, one of the largest independent distributors of Ruger® firearms, Davidson's / Gallery of Guns, also pledged to donate $1 for each new Ruger firearm they sold. Their effort added more than $350,000 to the NRA-ILA cause.

"We believe that everyone in our industry should stand united and fight to protect our Second Amendment rights," said Davidson's CEO and President Bryan Tucker. Mr. Tucker echoed the message of Chris Cox, noting that "Our participation in the Two Million Gun Challenge is one of the ways that we continue to support the NRA-ILA and show our leadership in defense of the American Constitution."

Both Ruger and Davidson's / Gallery of Guns have pledged to extend the challenge period through the end of October, to ensure continued support up until the election. Ruger's goal is to sell another 500,000 new firearms - totaling $5,000,000 in donations to the NRA ILA for the 2015-2016 period.

Ruger CEO Mike Fifer commented, "With the support of our loyal consumers, we are not only able to make history again, but we also are showing our support of the NRA-ILA during this critical election year. I want to sincerely thank Bryan Tucker and the Davidson's organization for joining us in this challenge. I hope others follow in their footsteps to create a level of support for our Second Amendment Rights and the NRA-ILA that is contagious," Fifer concluded.